Thyristors are usually three-terminal devices that have four layers of alternating p-type and n-type material. A silicon-controlled rectifier (or semiconductor-controlled rectifier) is a solid state current controlling device. The control terminal of the thyristor, called the gate (G) electrode, connected to an integrated and complex structure as a part of the device. The other two terminals, called the anode (A) and cathode (K), handle the large applied power and conduct the major current through the thyristor. 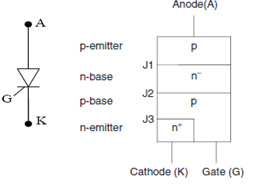 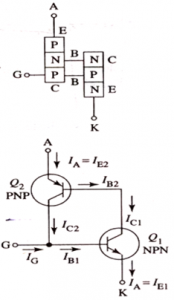