The subtraction of the two input voltages is possible with the help of subtractor. The subtractor using op-amp is shown in figure below. It is also called as difference amplifier. 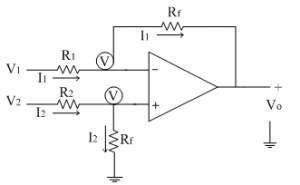 Let the current flowing through resistance R1 and R2 are I1 and I2 respectively. Since input current to the op-amp is zero, the two currents flows through the resistance Rf as shown in circuit diagram above. The current I2 is given as

From the above equation voltage 'V' can be calculated as 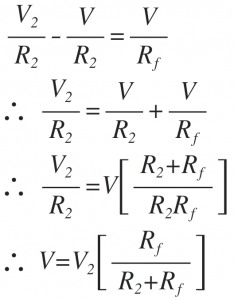 The current I1 is given as 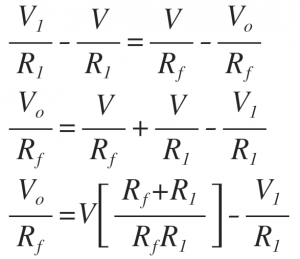 Substituting the voltage 'V' from the equation we get,

Thus at the output we get subtraction of the two input voltages.
The subtractor circuits are used to solve various mathematical equations.