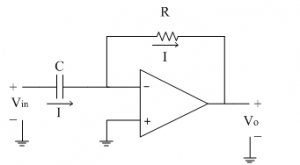 Assume current 'I' is flowing through capacitor C. It is given as 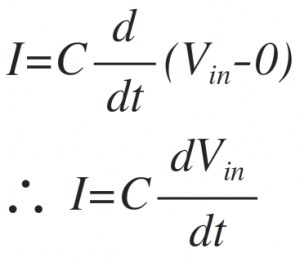 Since input current to the op-amp is zero, same current 'I' flows through resistance R as shown. It is given by 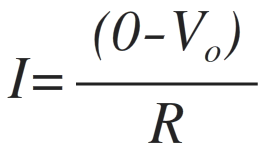 Equating both the above equations of 'I' we get, 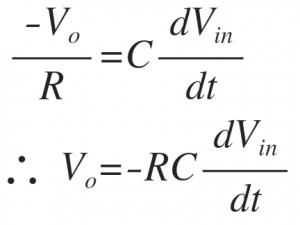 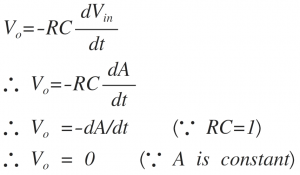 Practically the step input is taking some finite time to rise from 0 to magnitude A. Due to this small interval of time, the differentiator output is not zero; but appears in the form of spikes at t = 0. The input and output waveform is shown below. 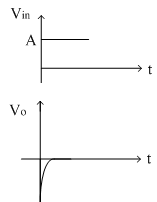 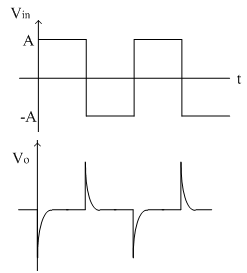 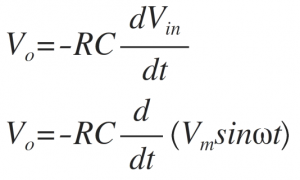 Assuming the time constant RC = 1 and taking the differentiation, we get 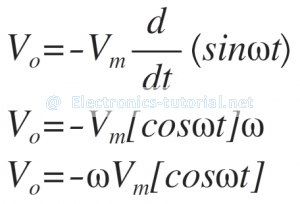 Thus the cosine wave is obtained as shown below. 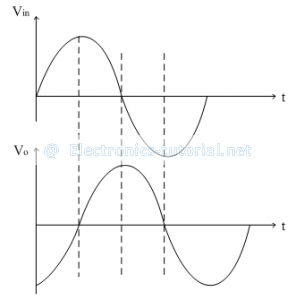 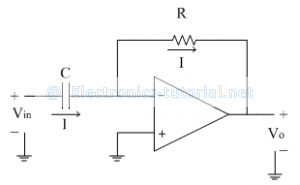 The voltage gain for the same is given as 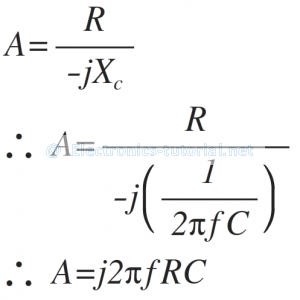 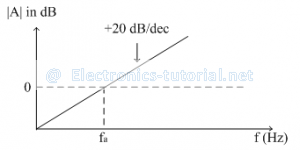