The following figure shows the inverting configuration of comparator. The input signal is applied at inverting terminal of op-amp. The reference voltage Vref = 0V.

Due to open loop configuration of op-amp, the output goes into saturation.
The operation of the comparator is explained with the following two equations
1. If Vin>Vref then Vo= – Vsat
Thus for the positive half cycle of the input signal the above condition is true. So for the positive half cycle of input signal, the output goes into negative saturation i.e. –Vsat. The input and output waveforms are shown below. 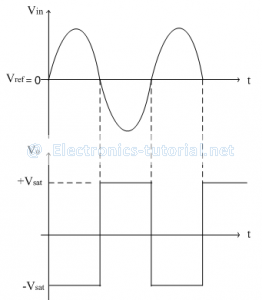 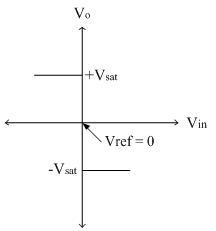 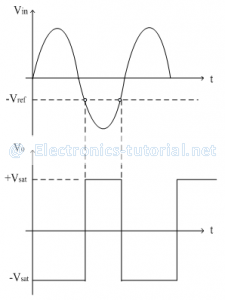 The transfer characteristics of both positive as well as negative reference are shown below. 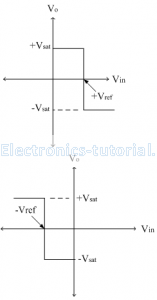