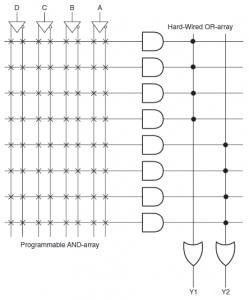 Figure above shows the internal architecture of a PAL device which has four input lines, an array of eight AND gates at the input and two OR gates at the output.