Truth Table
A truth table gives the combinations of input variables and the corresponding outputs of a digital circuit. The output is found from the logic expression, known as Boolean expression which relates output with the inputs. 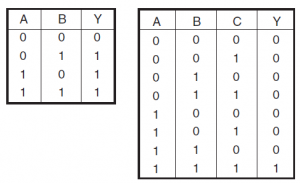